So it turns out that occasionally you end up with enough time to either play games or write about games and not necessarily both.  Probably shouldn’t have picked time management as my dump stat, but oh well. 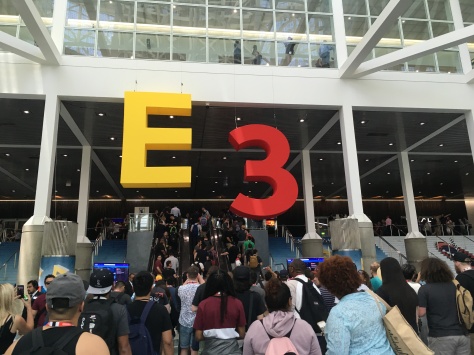 I also got a chance to play parts of all the Kingdom Hearts games when they recently got released for the PS4, so if you wanted to find out what someone who knows nothing about Kingdom Hearts thought while playing them, you can take a look here:

Next week I’ll be heading to Anime Expo for the first time, to hopefully feed my growing Visual Novel addiction so photos from there forthcoming, but probably not from the “after dark” side of it…

Warning:  Potential spoilers for the film “Star Wars:  The Force Awakens” as well.

Back for the second half.  On the one hand, yay Disneyland!  And on the other, hard to think this one isn’t going to have a downer of an ending.

The first full day, I saw the Disney Legends Ceremony, tried to catch the big Animation panel, and heard about 60  years worth of Imagineering:

The second day, I checked out next year’s slate of Disney live-action films, heard about the upcoming projects for Disney Parks and Resorts around the world, heard from “Once Upon A Time’s” Snow White and Evil Queen, and much more:

One more day to come!

So this last weekend, I attended the biannual Walt Disney Company convention “D23 Expo 2015” for http://AllEars.Net.  It was tons of fun!  Also exhausting!  Tons of exhausting!

The first day, I was able to attend the preview of “Walt Disney Archives Presents—Disneyland: The Exhibit,” and wrote it up here, over at AllEars.Net