Attended the Hakuoki Festival last week—it was pretty fun, although a little weird to go to a festival about a game I haven’t played yet. (I was waiting until the second half came out!) It was taking place pretty close to where I live and had free parking tho, so I figured I’d give it a shot.

It was pretty fun! They had some games that ran the gamut from easy (Plinko) to hard (rubber band shooting) to impossible-for-me (game trivia.) 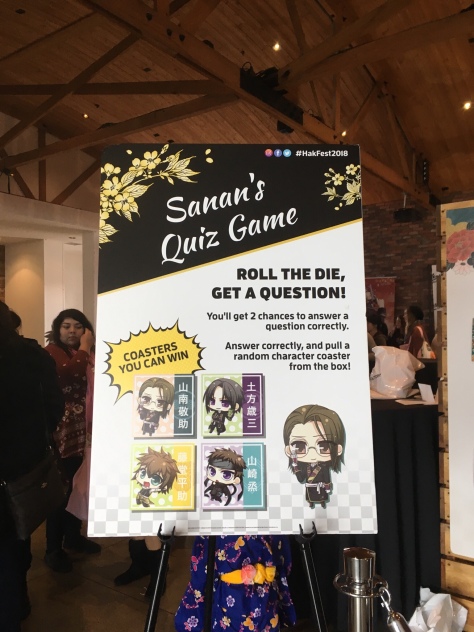 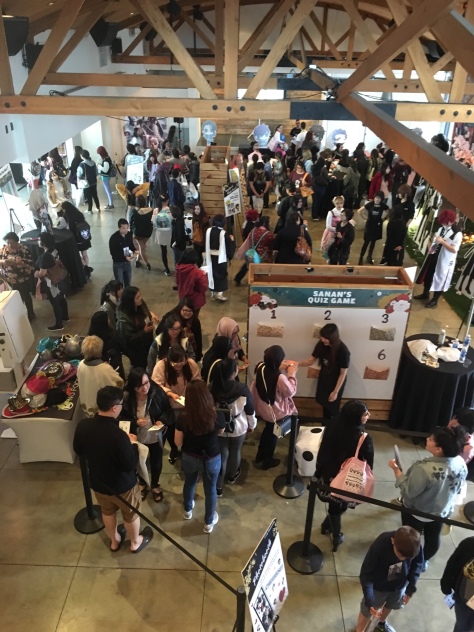 Besides that, there was a cosplay contest and photo ops with character stand ups that were auctioned off at the end. 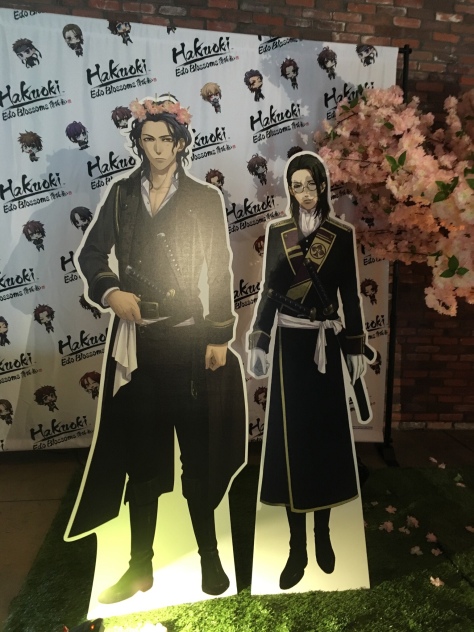 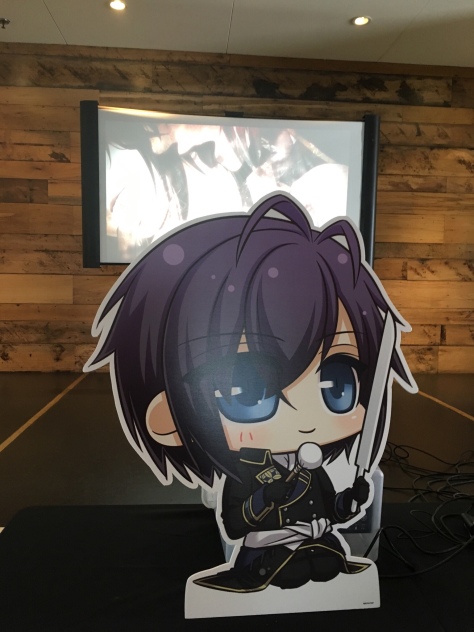 Along with that, they provided respectable refreshments like crackers and cheese and hummus and cookies which was nice since their location wasn’t around any eating places. Merch was also available for purchase—I didn’t get any of the single character charms/pins/badges since I didn’t know their in-game specifics and didn’t want to be the person getting all the Hans merchandise during intermission for “Frozen.”

Voting for Best Boy was held (Saito won) and a Wall for people to draw cartoons or write messages was provided. People are both talented and relatable. 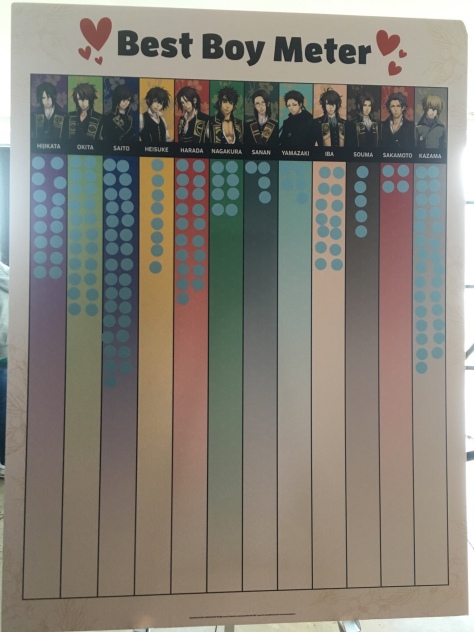 The thing I thought was the most entertaining was probably trying to collect all the different coasters you could win from the various games. It was tricky since, having not played the game yet, I couldn’t do the trivia and I proved to totes suck at rubber band guns, but people were super nice and traded/gave me some and I finally succeeded. 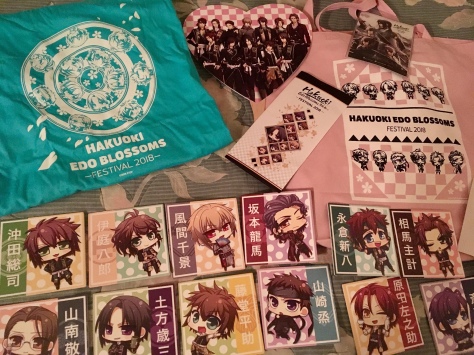 In all it was a fun day and certainly helped increase my anticipation for playing Hakuoki!